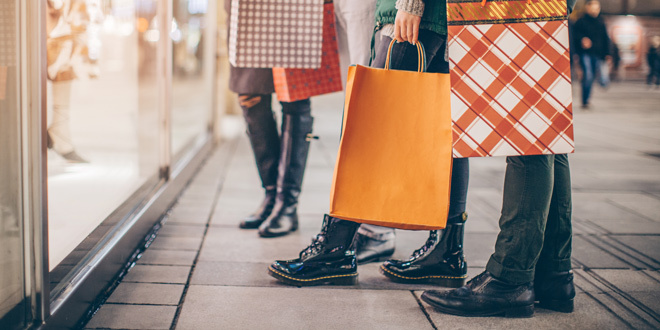 A record 196.7 million Americans shopped in stores and online during the five-day holiday shopping period from Thanksgiving Day through Cyber Monday, according to the annual survey by the National Retail Federation (NRF) and Prosper Insights & Analytics. The total number of shoppers grew by nearly 17 million from 2021 which is the highest figure since NRF first started tracking this data in 2017.

“The Thanksgiving holiday shopping weekend is a tradition treasured by many American families,” says NRF president and CEO Matthew Shay. “As inflationary pressures persist, consumers have responded by stretching their dollars in any way possible. Retailers have responded accordingly, offering shoppers a season of buying convenience, matching sales and promotions across online and in-store channels to accommodate their customers at each interaction.”

According to the survey, more than three-quarters (76%) of consumers say they shopped over the Thanksgiving holiday weekend, up from 70% in 2021. The numbers shattered NRF’s initial expectations by more than 30 million. Retailers saw a sizable uptick of in-store shoppers. More than 122.7 million people visited bricks-and-mortar stores over the weekend, up 17% from 2021.

“While Thanksgiving is no longer the starting point for holiday shopping, the five-day shopping period still plays an important role in the overall holiday season,” Prosper executive vice president of strategy Phil Rist says. “On average, consumers say they are almost halfway done with their holiday shopping at this point in time, leaving plenty of room for additional purchases in the remaining weeks of the year.”